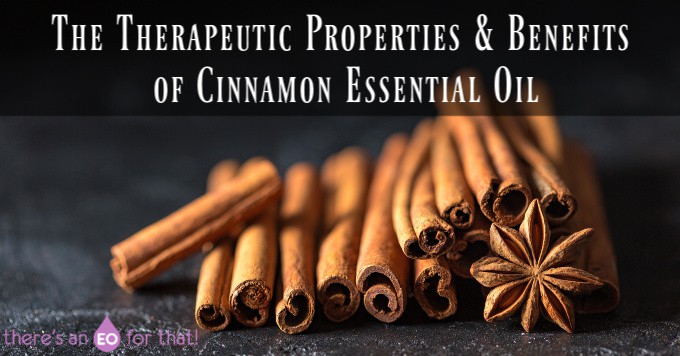 Reminiscent of our favorite treats like chai tea, horchata, freshly baked apple pie, and cinnamon rolls, cinnamon is one of the most recognizable spices in the world. Even new essential oil enthusiasts will immediately know the sweet, warming, and spicy scent of cinnamon in their favorite blends like Thieves and On Guard.

Cinnamon is a renowned spice known for its use in food preparation, natural perfumery, and traditional herbal medicine.

Cinnamon is often mistaken for cassia but it’s important to note that cassia comes from a completely different plant.

Cinnamon is native to the wet tropical regions of India, South East Asia, and Sri Lanka where it produces excellent quality cinnamon bark due to the sunny climate of these areas.

The aromatic bark of the cinnamon tree is removed from the young shoots, then cleaned and dried and rolled into aromatic quills.

The cinnamon essential oil (all three types) is obtained through steam distillation or water distillation with cohobation.

Cinnamon bark essential oil contains water-soluble volatile components which can be recovered through the water distillation with cohobation process. The extract can then be added to water-distilled oil.

The oil is extremely potent, diffusive, warming, and spicy-sweet with a strong persistent dryness and long-lasting powdery note on the dry down.

Cinnamon is listed in the Dioscorides’ De Materia Medica (A.D. 78), Europe’s first authoritative guide to medicine which became the standard reference work for herbal medicine for the next 1,700 years.

It was reputed to have been part of the “Marseilles Vinegar” or “Four Thieves Vinegar” used by grave-robbing bandits to ward of the black plague during the 15th century.

Both cassia and cinnamon have been used for medicinal and protective purposes for thousands of years in both Eastern and Western cultures around the world for treating ailments like diarrhea, rheumatism, digestive ills, cramps, colds and flu, and hypertension.

Cinnamon and cassia are both mentioned in the bible. In Exodus, God tells Moses to take Myrrh, cinnamon, olive oil, and bulrushes with him from Egypt.

The ancient Egyptians were known to use cinnamon in their mummification practices. In fact, Diodorus described how the process was done by cleaning the body with palm wine and spices, then anointing it with various unguents and cedar oil, and then rubbing it down with myrrh, cinnamon, and other aromatic herbs and spices to preserve it.

It is said that the ancient Greeks and Romans were supplied a steady stream of cinnamon from Arab traders. The lure of the exotic spice became so great that it let to the Portuguese to discover the route around the Cape of India and Ceylon in order to supply the demand.

It was the Dutch who introduced cinnamon to into their East Indian colonies, particularly Java and Indonesia.

In China, cinnamon is often added to herbal prescriptions as a tranquilizer, tonic, and stomachic and for depression and a weak heart.

Cinnamon essential oil has been used in medicinal preparations as a carminative, stomachic, tonic, and counterirritant and was often added to mouth rinse and liniments. 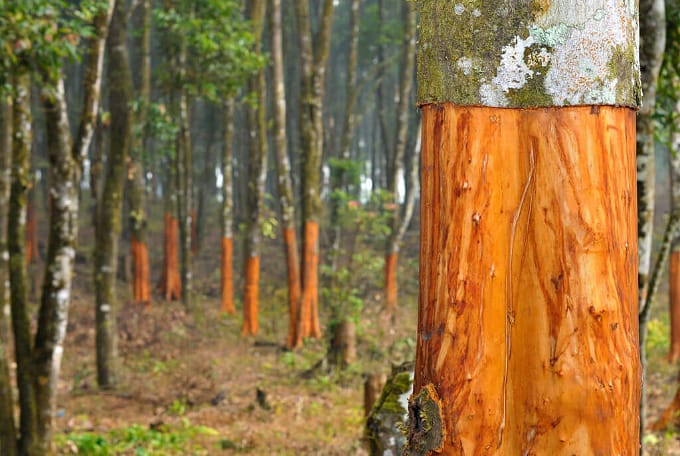 Cinnamon essential oil is so powerful in fact, that there has yet to be a virus, bacteria, microbe, or fungus that can survive its presence.

Cinnamon bark essential oil is known to be:

Frequency – traditionally thought to have a frequency that attracts wealth.

Cinnamon bark essential oil’s potential as a powerful antibacterial and antifungal has been extensively demonstrated.

A carbon dioxide extract (CO2) of cinnamon bark at just a 0.1% concentration has been shown to completely suppress the growth of numerous micro-organisms including Escherichia, Staphylococcus aureus, and Candida albicans.

Cinnamon bark essential oil has also been found to be highly antifungal and is effective against fungi causing respiratory tract mycosis.

All in all, it is one of the BEST essential oils to use for cleaning your home and diffusing into the air to help fight off various germs, bacteria, and microbes.

Cinnamon bark essential oil is regarded as one of the most potent antibacterial agents known and is useful for resisting viral infections and contagious diseases.

Cinnamon bark essential oil is renowned for its ability to stimulate healthy digestion by calming intestinal spasming and relieving conditions like flatulence, diarrhea, nausea, and vomiting. It encourages the secretion of gastric juices and helps stimulate appetite.

Both the bark and leaf essential oils are known to be powerful antiparasitics and are quite effective at cleansing the intestinal tract of pathogenic bacteria. This is due to their high cinnamic aldehyde and eugenol content which kill pathogenic bacteria while supporting healthy intestinal flora.

Since both cinnamon bark and leaf essential oil are warming in nature, they can be used to help alleviate the body aches and chills associated with cold and flu.  It is also helpful for easing the feeling of debility after a fever and is also beneficial during convalescence.

It is indicated for those who experience general debility during the cold winter months, those who feel devitalized and don’t eat, and for those who suffer from nervous depression.

Those who have a cinnamon personality are said to have strong personalities, are affable, practical, intelligent, and “larger than life”.

Cinnamon bark essential oil is considered to be a physical essence in that it regenerates a vigor for life among the depressed and instills fire in those who lack confidence.

Topical – it is not recommended to use cinnamon bark essential oil topically as it is a hot oil unless it is highly diluted.

Inhalation – add a few drops to a diffuser or oil vaporizer.

Internally – To be used under the care of a certified aromatherapist – add one drop of cinnamon bark essential oil to 1 TB of coconut oil and consume orally for treating parasites and digestive ills.

Cinnamon bark is considered to be a severe dermal irritant. Therefore, the max dilution should not exceed 0.1%. In many cases, you can add one drop of cinnamon bark essential oil to 1 oz of carrier oil.

Additionally, cinnamon bark essential oil is known to have certain drug interactions and can inhibit blood clotting. It’s also embryotoxic and is highly irritating to the skin and mucous membranes.

Is it Kid-safe? – NO – not to be used with children 5 years or younger

How to Use Cinnamon Essential Oil

Add 5 drops of cinnamon essential oil to 4 oz of water in a spray bottle and spritz over bathroom and kitchen surfaces to keep germs at bay while cleaning.

Add 1 drop of cinnamon bark essential oil to every 1 oz of liquid hand soap to help stave off cold and flu germs during the holidays.

What have been your favorite uses for cinnamon essential oil? Please share in the comments below!

You may also enjoy reading: 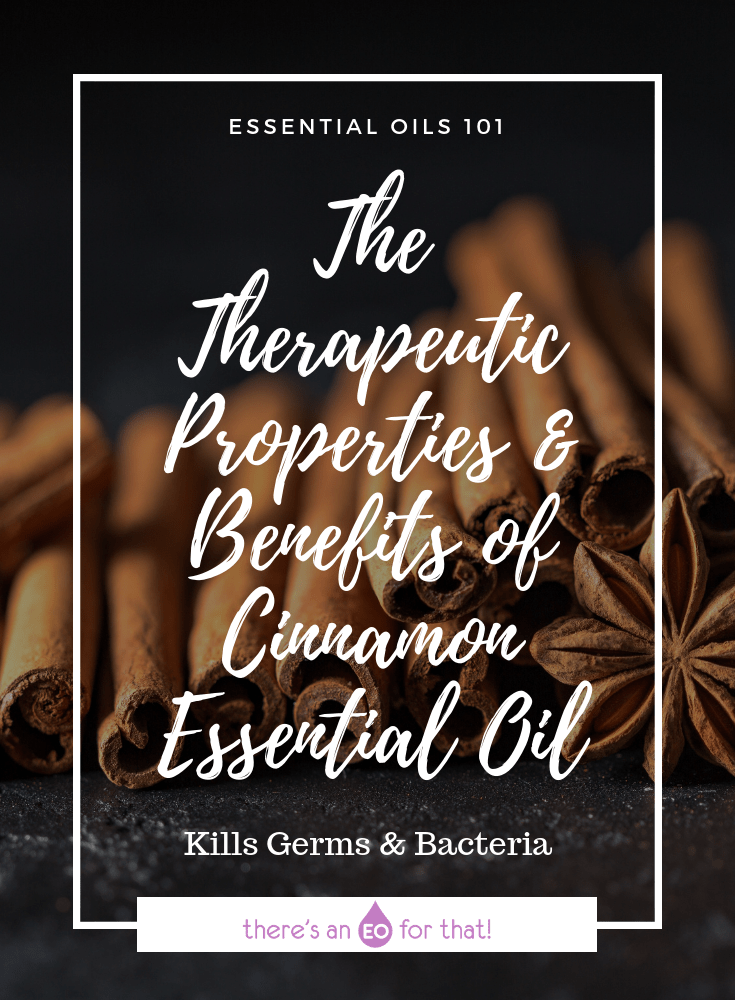 This post contains affiliate links. We are a participant in the Amazon Services LLC Associates Program, an affiliate advertising program designed to provide a means for us to earn fees by linking to Amazon.com and affiliated sites. Please read my full disclosure and disclaimer.
(Visited 1,122 times, 1 visits today)