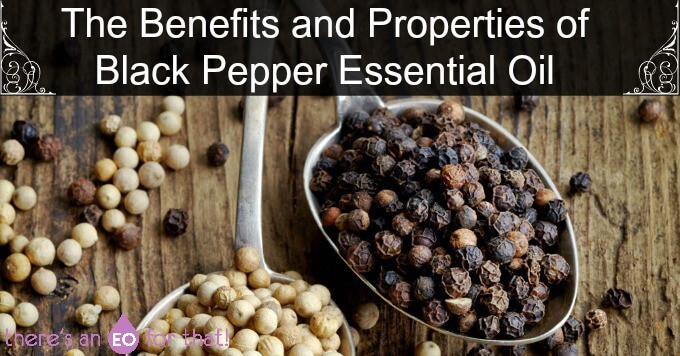 Black pepper is one of the most favored culinary spices in the world. Its fresh, woodsy, warm, and spicy aroma and flavor has graced the dinner table for centuries, and for good reason! It’s a wonderful digestive aid, it stimulates healthy circulation, and it promotes emotional balance. Black pepper essential oil is a wonderful ally to include in your aromatherapy kit.

The Benefits and Properties of Black Pepper Essential Oil

P. nigrum is a perennial vine native to southern India and Indonesia where it has been cultivated for the last 2,000 years. It has long spikes of flowers which develop into sessile fruits. Interestingly, the fruits do not mature at the same time which is why we have many different colors of peppercorns available today. When there are but a few ripened fruits, the spike is harvested and the ripe fruits are removed for soaking to remove the pericarps and then fermented in the sun.

The resulting peppercorns are pungent, warming, and spicy due to the presence of resins and a yellow crystalline alkaloid known as piperine.

It is said that black pepper may be one of the oldest trade commodities of the East, where it has been used over the last 4,000 years for its medicinal and culinary applications. Black pepper has even been used for mummification rituals as far back as Ramesses II.

Black pepper was so highly prized in ancient times that Alaric of the Visigoths was said to have demanded 3,000 pounds of black peppercorns as part of the ransom for the city of Rome when he besieged the city in the 5th century.

Pliny the Elder’s Natural History gives us a further glimpse:

Long pepper…is fifteen denarii per pound, while that of white pepper is seven, and of black, four. There is no year in which India does not drain the Roman Empire of fifty million sesterces…
It is quite surprising that the use of pepper has come so much into fashion, seeing that in other substances which we use, it is sometimes their sweetness, and sometimes their appearance that has attracted our notice; whereas, pepper has nothing in it that can plead as a recommendation to either fruit or berry, its only desirable quality being a certain pungency; and yet it is for this that we import it all the way from India! Who was the first to make trial of it as an article of food? and who, I wonder, was the man that was not content to prepare himself by hunger only for the satisfying of a greedy appetite?

After the fall of Rome, the Persians and the Arabs took over control of black peppercorn trade until this resource came into the Mediterranean where the trade of black pepper was largely monopolized by Italian powers, especially in Venice and Genoa.

Its exorbitant price – and the monopoly on the trade of black pepper in Italy – was one of the main reasons that led Portugal to seek a sea route to India. Despite achieving this, Portugal was unable to monopolize the spice trade as the Dutch and English took over. As the trade of pepper increased throughout Europe, the price of pepper declined and slowly became more of an everyday seasoning.

Today, black pepper accounts for 1/5 of the world’s spice trade.

Black pepper essential oil is produced via steam distillation of the dried, crushed, but not quite ripened fruit of P. nigrum. Most distillations come from Egypt, India, and Madagascar despite Vietnam being the largest producer of black peppercorns in the world.

Historical and Traditional Use

Black pepper has long been esteemed as a culinary spice in India for thousands of years and has been used for trade throughout the world. In fact, black pepper was so important that the search of its source and control of its trade stimulated world exploration.

Black pepper was so important in the Middle Ages for flavoring preserved meats that is was accepted as a form of currency. In Dutch, the phrase “pepper expensive” (peperdur) is an expression for something that is very expensive.

Pepper is heating and drying, expelling wind, and of great use against coldness and windiness of the stomach, and the colic; it strengthens nerves and the head, and helps the sight; outwardly it is good for toothache and for cold afflictions of the nerves, and pains in the limbs.

In TCM and ayurveda, black pepper is used for its carminative, warming, and eliminating properties. It was often used to treat cholera, malaria, and digestive ills.

Depending on the origin and method of preparation, the composition of black pepper essential oil can vary greatly. The greatest variation is within the monoterpene hydrocarbon group.

A typical chemical make-up of black pepper essential oil is as follows:

Black pepper is stimulating, energizing, and empowering in nature. It has a spicy, peppery, musky, warm scent with herbaceous undertones.

Black pepper essential oil is used in perfumery to pique one’s interest with opening the top notes of a perfume formula and add depth to the overall composition. It adds interesting nuances to any floral blend when used in small amounts as its aroma is quite pronounced if too much is used. It is recommended to add one drop at a time to a blend until the desired effect is achieved.

A 2002 study found that the fragrant inhalation of black pepper induced a 1.7-fold increase in plasma adrenaline concentration (related to epinephrine), making it an amazing oil to use for emotional balance.

Black pepper essential oil blended with rose is said to be especially interesting in its effects.

Black pepper is known to treat anemia, stimulate the spleen and the production of new blood cells, and for the treatment of bruises and circulatory stagnation. Its warming properties promote healthy blood flow and can warm cold extremities, stimulate mucus, and increase bile flow.

Black pepper is an excellent digestive stimulant that can relieve symptoms of diarrhea, constipation, and gas. It does so my stimulating hydrochloric acid secretions in the stomach and increasing bile flow which are necessary for proper digestion. It can also be used to stimulate appetite and to relieve digestive cramping.

Black pepper essential oil is an excellent pain reliever and anti-inflammatory when used in massage. It is especially helpful for rheumatism, arthritis, muscular aches and pains, tired, tight, achy muscles, and stiff limbs. It can be applied before training to help limber up stiff joints and muscles and may possibly improve performance.

Black pepper essential oil is generally not used in skincare recipes unless it is used in ointments, rubs, massage oils, and other preparations for pain, discomfort, or circulatory stimulation.

The warming qualities of black pepper essential oil indicate that it is perfect for use against any cold pathology.

In TCM, symptoms of cold are associated with the onset of illness or infection accompanied by headache, chills, fatigue, fluid congestion, and general aches and pains.

Black pepper is associated with a stubborn old person in the sense that they are dictatorial, self-righteous, and take responsibility for their entire family. They are often unable to express feelings of love despite black pepper being a warming essential oil.

Mode of Administration and Application

Dilute one part of black pepper essential oil with one part carrier oil (like sweet almond, jojoba, etc.) for therapeutic use. Otherwise dilute to the maximum dilution of 5% in any given recipe.

Works well in massage, compresses, ointment, direct inhalation (smelling directly from the bottle), diffused, or in an oil vaporizer.

Can be extremely irritating for the skin if used in high doses. Do not use neat. If pregnant or under a doctor’s care, consult your physician before use.

Is it Kid Safe?

Yes. Can be used for children 2+ at a 1% maximum dilution.

You may also enjoy reading: 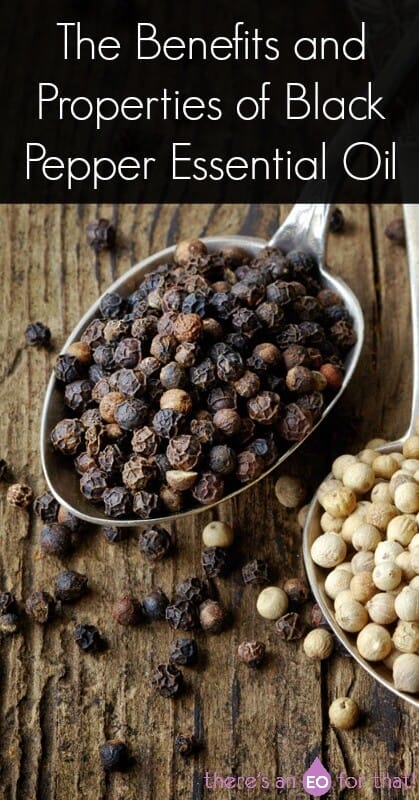 This post contains affiliate links. We are a participant in the Amazon Services LLC Associates Program, an affiliate advertising program designed to provide a means for us to earn fees by linking to Amazon.com and affiliated sites. Please read my full disclosure and disclaimer.
(Visited 3,149 times, 1 visits today)