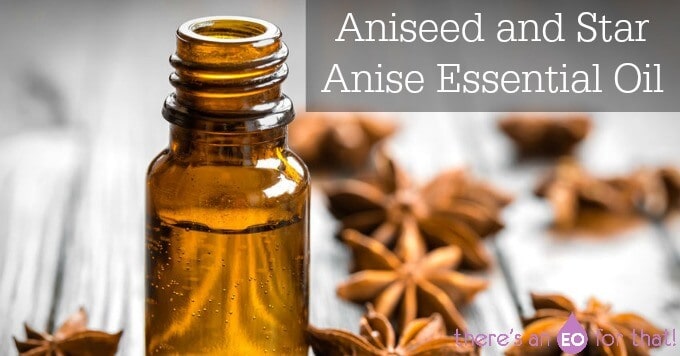 Aniseed has had some amazing attention over the centuries. It was used to scent the clothing of kings, flavor dishes spanning from ancient China to Europe in the Middle Ages, and its sale as a spice funded repairs on the London Bridge. It was even believed to prevent bad dreams if put under your pillow at night! Needless to say, anise has had well deserved recognition throughout history and is an essential oil you don’t want to miss.

Aniseed is also known by the name sweet cumin

Aniseeds grow on a tender annual that’s in the same family as parsley and fennel. Its leaves are feathery soft with yellow-white flowers not unlike the delicate coriander. The seeds are ribbed, hairy, and reddish-brown with a distinctive licorice smell and flavor. Aniseed originally hails from Greece and Egypt but is now widely cultivated in Spain, France and Russia.

Star anise comes from an evergreen tree extensively cultivated in Japan, southern China, Vietnam, and India. The essential oil comes from its star like seed pods that have a strong licorice scent and flavor.

Anise seed oil is distilled from the dry ripe fruit and has a clear to pale yellow oil with an intensely sweet licorice odor.

Star anise essential oil is steam distilled from the fresh or partly dried seed pods and has a pale yellow color and a sharp licorice scent.

Historical and Traditional Use

Aniseed was cultivated by the ancient Egyptians as a culinary spice and medicine for congested lungs and flu symptoms and was though to “refresh the heart”. It was used by the ancient Greeks and Romans as a “pick-me-up” by adding it to a digestive cake that was eaten after meals that also contained fennel and cumin. Egyptians used it in their millet and barley breads for the same purpose. Aniseed was later introduced to Europe by the Romans and carried across the sea to North America by early settlers.

Aniseed was even said to have been used by King Edward IV for scenting bed linens and clothing. The use of aniseed is so old in fact, it can be found in Dioscorides’ De Materia Medica (AD 78), Europe’s first authoritative guide to medicine that was used for the next 1,700 years!

Star Anise was commonly used by ancient Chinese practitioners to aid digestion, bronchitis, colds, flu, muscle aches, rheumatism, and for freshening the breath. It is an excellent remedy for dry coughs when used as a lozenge where the mucus feels stuck and it’s hard to expectorate. It is said that some even smoked star anise to alleviate bronchitis and encourage expectoration. Another common remedy used in Mediterranean countries was adding star anise to wine, called Anisette, and use it for spasmodic asthma and other bronchial ills.

Today, aniseed and star anise are widely used in candy making, baking, spice blends, beverages, and even in tobacco products. Star anise in particular is a must have herb in Chinese and Vietnamese cooking.

Aniseed and Star Anise contain up to 90-95% anethole and 2-4% methyl chavicol (estragole) which accounts for their amazing antispasmodic properties.

Aniseed essential oil is known to be an excellent antioxidant and analgesic but also expresses the following therapeutic properties:

Both aniseed and star anise are well known for their positive effects on the digestive system including the ability to relieve flatulence and calm intestinal spasms. They can also be used for treating colic and dyspepsia (aka indigestion). It’s also a great remedy for nausea and hiccups!

Both aniseed and star anise can be used to treat amenorrhea, the absence of menstruation by massaging a 2% dilution of essential oil in the carrier oil of your choice over the abdomen once daily. You can also drink the tea made by steeping 1tsp of dried herb in a mug of boiling water 3 times daily until your period returns.

Since both aniseed and star anise are highly anti-spasmodic and expectorant in nature, they make for excellent remedies for any respiratory condition with copious white phlegm or mucus, wheezing, coughing, or chronic asthma.

In fact, the expectorant qualities of these two oils is greater than fennel or caraway essential oil; however, their carminative effects (anti-gas properties) are less effective.

Aniseed and star anise are generally not used in skin care.

Both oils are described as being warming and drying and are both regenerative for the Qi (life force in the body) making them perfect of those who are chronically tired and overworked. They help restore the adrenals, strengthen the constitution, and ease chronic illnesses associated with burn out.

The warming spicy scent of both aniseed and star anise are uplifting for the mood and calming for the mind. They are particularly good oils to use for those of us who are introverted, fearful, withdrawn, frigid, or melancholic in nature.

These oils help you overcome depressive states of mind by opening up emotional blocks and recharging vital energy.

How to Use Aniseed and Star Anise Essential Oil

Aniseed and star anise can be used topically for massage or by diffusing it, direct inhalation from the bottle, or by using a vaporizer.

The German Commision E Monographs suggest that aniseed can be taken internally (0.3g) as an expectorant for upper respiratory conditions or as an aid for indigestion.

A drop of anise essential oil on a teaspoon of sugar will restore equilibrium to an acutely out-of-whack autonomic nervous system.
– Schnaubelt K. Advanced Aromatherapy

The safety of aniseed and star anise essential oil is conflicting, but it is difficult to believe that aniseed is so toxic considering its wide use internally and the only contraindication being occasional skin irritation.

However, even though the oetrogenic effects are relatively weak, it is not recommended for pregnant or lactating mothers to use.

Just Getting Started? Check out the articles below: 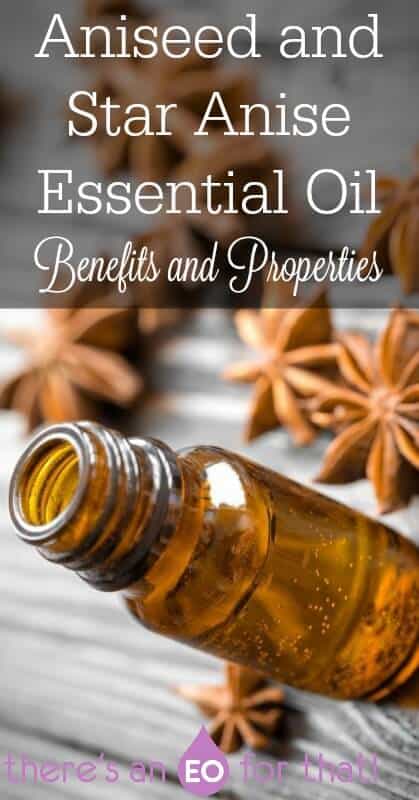 This post contains affiliate links. We are a participant in the Amazon Services LLC Associates Program, an affiliate advertising program designed to provide a means for us to earn fees by linking to Amazon.com and affiliated sites. Please read my full disclosure and disclaimer.
(Visited 5,502 times, 1 visits today)